How To Lead When So Many People Are Absent From Work 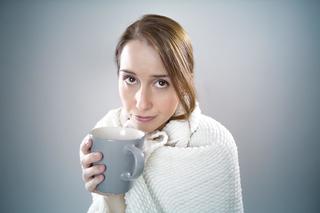 How To Lead When So Many People Are Absent From Work

The coronavirus pandemic has hit the business world hard with not only losses in revenue but also with its levels of staffing due to so many people being sick and unable to work and it’s this area that I want to discuss this week. I’ve recently had several Managers contact me for advice on this problem. They  have the vast majority of their team off sick and they wanted to know how to lead their team or what’s left of it during these difficult times. In this week’s article I want to share with you the advice I have given them so that you too will know how to cope when you have little or no staff.

When  Leaders find themselves in a no-win situation, one in which no matter what the team does they will ultimately fail, is something I call the “Titanic scenario” named after the famous ship that sunk as a result of striking an iceberg. This requires the Leader to operate. in a very different way than they usually do and it starts with their mindset.

Usually a Leader, especially if they have a track record of high performance, tends to view getting all the work done as a clear sign of success, yet when you are in a situation that no matter what you do the work just won’t get done because you don’t have the resources it’s easy to beat yourself up and feel down during these moments but if this mindset continues both your performance and that of the team will deteriorate so instead you need to redefine success during this period. With the Titanic scenario, success wasn’t avoiding the iceberg because it had already been hit.  Success wasn’t saving everyone because that wasn’t possible due to the lack of lifeboats. Success was saving as many people as possible. Ask yourself if you operated at your very best during this difficult period what would that look like and that has to be your new definition of success - it’s not about lowering your standards it’s about being realistic about what can be achieved.

It’s difficult facing what’s left of your team and letting them know that they are going to be doing a lot more work and there will be more pressure, but this communication will become a lot easier if you remember the most important quality of effective communication as a Leader which is honesty. Don’t fall into the trap of trying to hold back from delivering bad news. All you will achieve is damaging trust between you and your team so be honest about the current challenges and what this means for the team. They need to know what to expect then after honesty comes the second most important quality to effective communication as a Leader which is hope. People can endure bad times if they have hope that things will soon get better. Ensure that when you talk about the bad stuff you are using present tense and then future tense when you cover the good stuff beyond this temporary difficult period.

When you have little or no staff then communicating upwards is just as important, if not more so, than communicating with your team. The chances are that you have already tried to obtain more resources and either your request has been declined or it just isn’t feasible at this current time so your focus needs to be transparency on the risks. Without the necessary levels of staff targets are unlikely to be met and people will be placed under higher levels of stress than normal so there are two main risk areas to focus on. Firstly,  the  risk of reputation and the impact of lower levels of performance on your client’s perception of your organisation. Secondly, the health risks for your team will include increased stress levels resulting in people taking time off work or even worse deciding to leave in order to work elsewhere. Even if you can’t fix all the risks, the minimum you can do is to have transparency so those above you can see what the risks are.

The last thing for the Leader to focus on during this period is certainty. When we don’t know what’s going to happen we look towards our leaders to provide clarity and the leader can do that by explaining what steps are required to get through this situation and reach the state of hope that we discussed previously. By way of  example if you are hiring new people it’s not enough to tell people that recruitment has started instead be specific about the dates. When you are advertising, when you are interviewing, when offers will be made and when people will be starting and even if these dates change that’s fine because they are communicating a higher level of certainty. You will come across as more confident and in control and that’s exactly what people want from their leaders during this time. Avoid “ifs” and “maybes” and talk more in statements like “we will have someone on board by..”

It’s in difficult times that Leaders are truly tested and when members of the team are absent it requires the Leader to step up and lead from the front by offering honesty, hope, transparency and certainty and while none of this will solve the problems of not having the necessary resources it will help you navigate your team successfully through these difficult times.