How To Influence People In Business 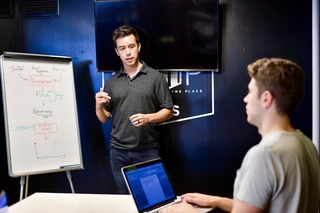 How To Influence People In Business

Success is never a singular effort, success demands that you are able to influence those around you whether it’s your Boss, co-workers or clients. It doesn’t matter how good you are you will find many barriers standing between you and success and those barriers will remain unless you can persuade people to help you on your journey, people who can help you open the right doors and create opportunities that your talent deserves yet influencing people is a skill which is why in this weeks article I want to explore some techniques that will help you influence people in business.

If you want people to be on your side then you need to be prepared to be on the side of other people beforehand. Work hard and go the extra mile and make sure people see you as a team player.

If you want people to agree with one of your ideas then do your research and find out if your idea has been produced elsewhere and if so how did it work out. People are reluctant to take the first step but they are likely to follow if they've seen others take that step.

You don't have to become best friends people in business, in fact that is likely to cause more difficulties than benefits but you do have to be courteous and friendly. It's not easy being in business it's useful to bear that in mind sometimes.

If you want to influence people, ask them to commit. Avoid getting answers like "I'll try" "I'll see what I can do" and focus on getting a commitment to what they will specifically do and when exactly they will do it. A spoken commitment makes it 26% more likely that it will actually happen

People are more motivated by avoiding what they could lose rather than what they can gain. If you want to influence people be aware of your market value and what other career options you have, this will give you leverage in any future discussion.

Mark Wager has limited availably to coach ambitious Leaders who wish to achieve a higher level of performance. If you are interested then you can contact Mark using the enquiry form below