How To Lead A Winning Sports Team 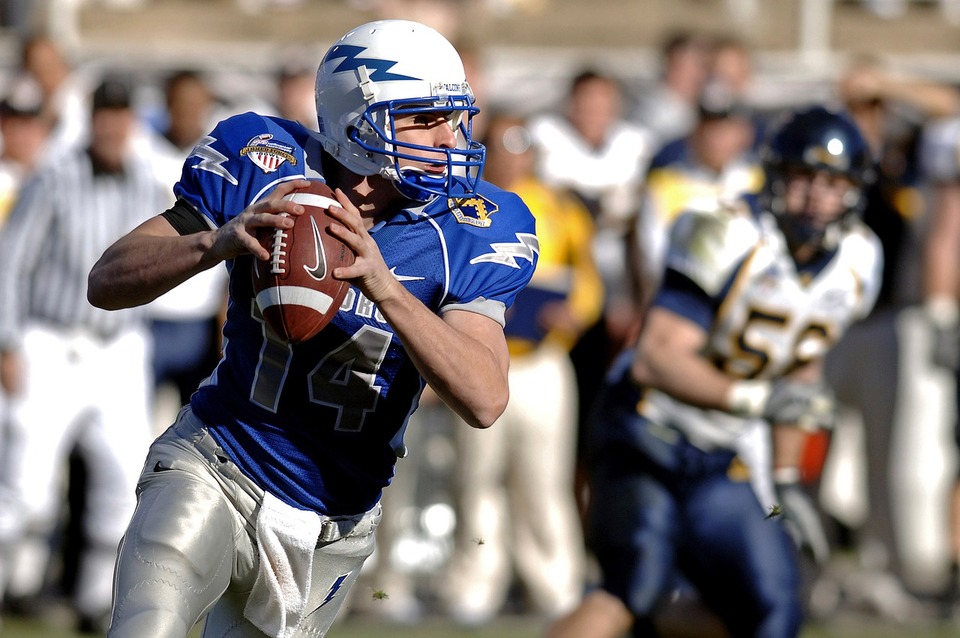 How To Lead A Sports Team to Victory.

It’s not easy being the Manager or a Coach of a sports team which is why in this article I want to explore some practical tips that help you become a better leader.

Over the years I’ve coached Leaders in many different industries and I’ve learnt that there’s never a unilateral approach that works. Every industry and every country brings its own unique challenges and Leaders need to be able to adapt in order to build a winning team.

The sports industry is one such industry that requires a very specific Leadership approach. With  the majority of teams the demographic are usually quite narrow with the team members sharing the same gender and similar age range which creates advantages and disadvantages. There are pros and cons. The pros are that sports teams have the ability to bind quicker yet on the downside their team morale can rise and fall equally quickly. In sport the result is very clear and not open to debate so the outcome can easily overshadow the performance which can lead to the team becoming blind to developmental opportunities.

Make the jersey stand for something.

The main thing the Leader of any sports team has to work with is to make the jersey stand for something that is greater than the individuals. We have all seen players that reach a good level of performance for one team then when they play for a team that means a lot more to them then their performance goes to a completely different level. It’s the same sport, the same rules, the same player but different motivation.

If you have a team that has a rich history then embrace that history and make the players aware that they are part of a long legacy and they are custodians of the jersey with the obligation to leave that jersey in a better position than it was when they inherited it. In the situation where the team has a poor history with a lack of success it can become an anchor limiting the team’s belief. When this occurs you need to create an opportunity for the team to write their own history allowing the team to start a legacy for others to follow.

As I mentioned at the start of the article, many sports teams are young with the oldest player being considered a junior in any other industry and often the team shares the same gender which again would be unusual in any other industry. This lack of diversity is a double-edged sword making it easier to gel but also making it blind to different viewpoints. In these scenarios it’s vital that the Leader is able to establish the team dynamics to turn a team into a family.

The usual Leadership techniques don’t work in this scenario so the Leader instead needs to focus on interdependency and respect. Every player needs to understand how other players impact their performance and goals and how their own behaviours impact others. The other key area is clarity over respect making sure that everyone shares the same definition. Good teams have players that like each other yet great teams have players that respect each other. I’ve known teams that had people who didn’t like a fellow player yet when it came down to it they would die for them because they knew that other player would do the same in return.

If you are a Manager or Coach then here’s a brutal truth. You are not the most influential person within the team. Yes you may have the power and the authority but it’s been clearly established in Leadership psychology that authority is less powerful then social compliance. People will naturally adapt their behaviours to stay within the parameters set by their peers and this will include people demonstrating behaviours that fall outside their own ethical boundaries.

A sports team doesn’t follow the example of the Alpha or the Coach. Instead, they follow the example of the Betas and hopefully the Betas follow the Alpha.  You need to identify who are the Beta leaders within the team these are the players that have the most influence, the ones that others admire and respect either due to their ability or their values. It’s important to note that your betas are not always your oldest most experienced players. It’s a mistake that most leadership roles are linked to age or who is the loudest. Influence goes across many boundaries. Observe who in the team is influential. Make them the betas and lead them in order for them to lead the wider team.

Focus on performance rather than results.

In sports the result is clearly stated for every one to see and this is why we love sports, but this result driven process can lead to people thinking that if we win everything is good and if we lose everything is bad. While in some cases this may be true in the majority, it’s an oversimplification which can lead to poor analysis. We have all seen teams that win yet fail to learn lessons from those victories and lose when it matters most and we have all seen losing teams that have to make so many changes after each loss that they never ever build any momentum.

In a results driven industry the key is to focus on the performance rather than the outcome primarily because the performance is within the individual’s control while the results are not. Winning requires many variables. The referees making the right calls and the quality of the opposition both of which you can influence but can’t control. So  if you want to build a winning team then you need to focus on what’s within your control, the performance, the behaviours, the small things that create big impact because  if you get the performance right the score takes care of itself.

Every athlete will tell you that mindset is an integral part of success. If you want any chance of winning, you need to establish a winning mindset first. We have all seen games in which you can tell the result as soon as the player stepped on the pitch because some players display less confidence in believing that winning is possible. The key is for the leader to keep the team focused on the three P’s of a champions mindset - present, personal, positive.

A champion’s mindset requires a team to focus on the present. What has happened in the past is irrelevant as well as what will happen in the future. It’s the now that is relevant at this very moment and is the only thing that is worthy of their attention. Personal means that the athlete is focusing on what they need to do not the opposition or other members of the team. They just need to focus on what they need to do themselves in order to succeed. Finally,  being positive is an area that is often misunderstood. Being  positive is not about telling everyone they are great and can achieve anything as long as they believe. That’s very nice but it’s not effective. What is effective however is knowing exactly the steps standing between them and success. A positive mindset is having a realistic idea of where you are and what needs to happen in order to progress to where you want to be.

Every athlete and every team needs to find their peak intensity level. Some  people perform when there’s a low amount of pressure while others need to feel a fire on their back and we’ve all seen teams that are amazing yet fall apart when it matters most. On the flip side we have also seen teams that look very average yet in the big games they find their zone and rise to the occasion. It’s all about discovering that peak intensity level.

Typically the leader needs to be looking at a combination of high expectations and high belief. The team should be expected to perform at a level that they had previously thought unobtainable and at the same time have the belief that the new level of performance is achievable. It’s a complicated balancing act that needs to be adjusted for each different team but when it’s achieved then the team will perform at their optimum level.

If you a Manager or Coach of a sports team whether it’s football, rugby, hockey or any number of sports, Leadership will always be a vital ingredient for success but it’s a unique type of leadership, not the same that you find in the business world. Leading a sports team to success requires very specific techniques, very difficult to learn and execute but when you can then your team will achieve success on a level you never imagined possible.

Let me end with a genuine offer. If you are reading this and you genuinely want to become a better leader and you are hungry for success then I will give you thirty minutes of my time completely free of charge and I will answer your questions and help you get on the road to success. It doesn’t matter where you are in the world or what sport you are involved with. You can have thrifty minutes of my time  free of charge, thirty minutes that could be the difference between winning and losing - all you need to do is contact me at Mark@ali.org.nz