Five Ways To Inspire Your Team 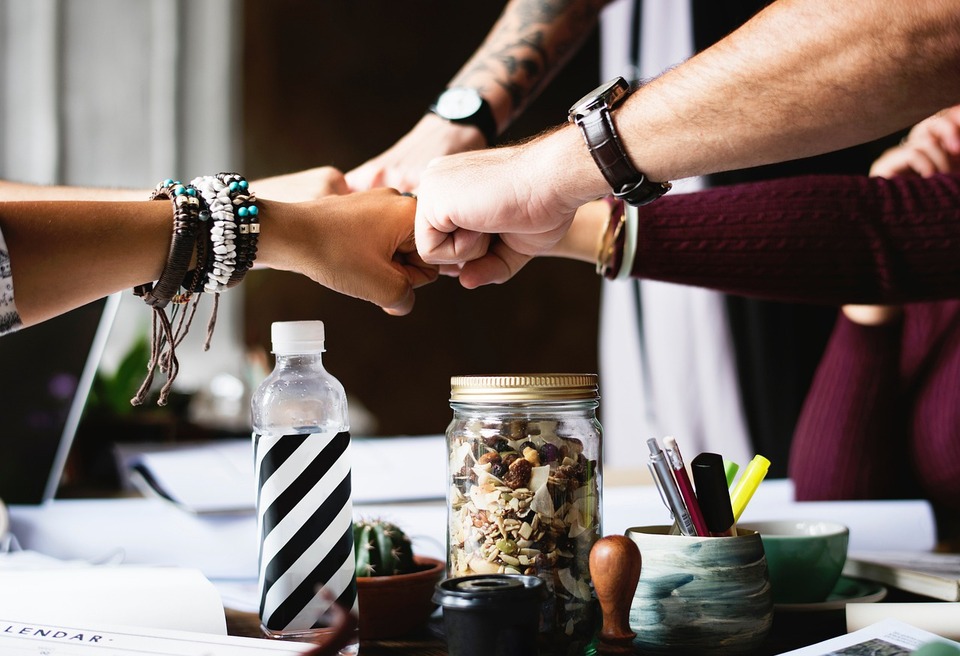 Five Ways To Inspire Your Team

The aim of every leader is to inspire greatness in others, there’s many leaders who tell you what to do but there’s not many who are able to inspire you to become a better version of yourself but when you meet those leaders their memory stays with you, the feeling of empowerment, self belief and loyalty that was instilled into you. If you too want to become an inspirational Leader someone who can inspire others to be better then this weeks article will benefit you. Let’s look at how you can become an inspirational Leader.

One of the biggest mistakes I see leaders make is that they try to become a copy of someone else. They see another leader, one that they admire and they copy them. This is understandable but if you want to become an inspirational leader you need to be yourself. The leader you need to be is the best version of yourself, aim to become the version of yourself that would inspire you, achieve this and you will inspire others.

People are inspired by people who they know, they like and they trust. Ask yourself does your team know you, the real you. If they had to describe who you are, would they be accurate? Do they know what is important to you, what values you hold dear and are those values transparent in the decisions you make every day

Have a Leadership Philosophy

Every inspirational leader has a philosophy. This is a brief sentence which explains their approach to success. This enables the leader to describe to their team the kind of leader they are and the kind of team they want to build. For me personally whenever I have a new team I explain that my philosophy is “dream big, work hard, stay positive and enjoy the journey.” Even if you have never met me just by knowing my philosophy you immediately have a clear idea of who I am as a leader, what I believe in and what to expect when you work alongside me.

Expectations are vital if you want to inspire people. People need to know what you as a leader believes in, what you value, what behaviours you find acceptable and what behaviours you find unacceptable. Regardless of the organisation they work for the number one reason which determines whether a person stays or leaves their job is their relationship with their immediate boss or supervisor. The relationship between team members and leader is vital and like all relationships the key is openness, making sure the team knows what you stand for and the type of leader you are. If you want to inspire you need a philosophy.

Inspirational leaders know how to define success. They set goals that work. This is an area that a lot of leaders get wrong. Often goals are clear and obvious to the leader but are too vague to the team so are open to interpretation and when this happens it’s rare that everyone has the same understanding which often means the mission is doomed before it ever begins. The goal also needs to be at the right level. If set too low then people don’t see the challenge and quickly lose interest. Don’t be afraid to set high goals. If you want to dream then you might as well dream big but when you do, it has to mean something for people. If you want people to join you in a difficult journey then the destination has to be somewhere that your team wants to go to.

When you talk to the team about your goals you need to explain it in such a way that there is no doubt about what success is. The most effective way to do this is to ask yourself if all goals were achieved tomorrow what would that look like for the team and for the individuals. How would life be different, how would it be better and what would people be doing differently? What would be different tomorrow as opposed to today. Once you can answer this then you will be able to set goals that work. If you want to inspire people you need to paint a clear picture of what success looks like.

The most successful teams I have worked with whether as a team member, a leader or as a consultant had two things in common. Firstly, they are not afraid to set goals that are aspirational, goals that other teams would be afraid to set. Secondly and most importantly successful teams have the belief that the goals can be achieved. There’s no point in setting a goal that people don’t believe in. It’s worse than having no goal at all. People need to believe in the goal and this only happens when people believe in the leader.

No one wants to climb a mountain unless there’s a clear path to the summit. Inspirational leaders understand this so give people hope that the goals can be achieved because they have a plan. They understand that it’s not enough to say “I believe we can do this” that’s not enough to give people hope instead they have a comprehensive strategy and plan to take people from where they are now to a level that they didn’t realise they were capable of achieving.

The final step you need to take in order to become an inspirational leader is that you need to turn up everyday, and when I say this I mean the best version of you has to turn up not the version that is having a bad day or feeling a bit demotivated. To inspire people everyday you have to be a leader day in and day out because Stephen Covey, the Author of “The 7 Habits of Highly Effective People,” said it best when he said “What you do has far greater impact than what you say”

if you would like to work with a Leadership Coach in order to become a better leader then contact us for a free 30 minute strategy session.