Are You a Leader or A Manager? 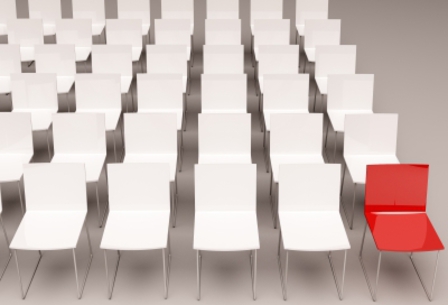 Are You a Manager or a Leader?

The discussion about whether it’s better to be a Manager or a Leader is continuing in offices around the world. Some people think strong management is the key to a successful company while others are of the opinion that leadership is the key to success. You see some debating that management is old-fashioned and an outdated concept yet some people think leadership is all about inspiration and contains little substance. It is this misunderstanding of the difference between management and leadership that creates a problem that is plaguing a lot of businesses today. People think they are leaders but actually they are managers.
In order to explore this further we need to start with an explanation of the differences between the two. The difference in meaning is subtle but the differences in execution is huge.
Management is the responsibility and control over people and resources in order to achieve an objective.
Leadership is the influence over people in order to achieve an objective.
The key difference between the execution of management and leadership is that management is exclusively position based meaning that management is linked to a specific role while leadership is not. Anyone in an organisation can be a leader and anyone who has the ability to influence others is a leader whether they realise it or not.
A manager influences people to act mainly because of the social actions that people respect and follow because of the position they hold. They also influence through the mechanism of reward and punishment functions that accompanies the duties of their position. Both of these mechanisms can be very effective but doesn't promote performance that goes beyond what is required. People follow managers because they have to rather than they want to. They are managed and act accordingly.
A leader doesn't  influence people by rewarding or punishing behaviour and they don't rely on their position.  Instead they influence people in two other ways. People follow leaders either because they have an expert level of knowledge that provides the follower with the confidence to follow them or the leader has strong personal qualities that the follower admires. This type of influence inspires people to act on their own accord which encourages them to perform at a higher level than they normally would if they were being managed.
Some of the most significant changes in history were initiated by people such as Martin Luthor King or Mahatma Gandhi who never had a position of power but instead they possessed personal qualities such as honesty, integrity, passion and conviction as well as expert knowledge.
If you do not have a managerial position within your company then you can still lead people, in fact you are  already likely to be a leader without knowing it. If people come to you for  advice or ask your opinion on issues then you are already influencing people and you are a leader. This is a role that shouldn't be taken lightly as you have the ability to influence more people than you imagine.
If you are already a Manager then you can be a leader as well. Just ask yourself if you weren't their boss would they still follow you? Do you know your team and what they care about, what motivates them and what inspires them and more importantly does your team know this about you? If you combine leadership skills within your current managerial role you will become successful.
Ultimately in order to be truly successful you have to be both a manager and a leader. You need the core managerial skills to create systems and processes while adjusting resources in order to maximise efficiencies. These skills will keep you in good stead and create a strong foundation for the team especially in managerial positions that sit towards the lower end of a managerial structure like front-line managers and supervisors. Strong managerial skills will take a team to where it needs to go yet it’s the leadership skills, the influence over people that will take teams to levels that it never thought possible. It’s the leaders that turn thoughts into dreams, dreams into a reality and a cause into a revolution often resulting in positive change and progress.