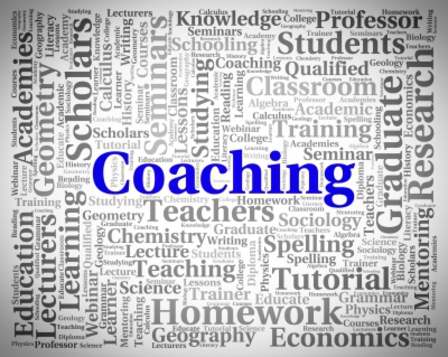 We are all familiar with the role of a coach in sports. They are the one who bring out the best in the players, they teach new skills and turn a group of talented individuals into a cohesive team. They are so important to a team's success that just the idea of having a successful team without a top level coach is unthinkable yet in many businesses the role of a coach is vastly undervalued.

Every coach doesn't have to be a leader but every leader needs to be a coach. If you are in a leadership role and you have ambitions to make your team better then you need to be able to coach your team to success. In order to become an effective leader you need like a coach be able to install power and belief in those around you in order for them to reach a level they never imagined possible and here are some simple steps about how to go about doing just that.

The first step towards coaching for success in the workplace starts at the very beginning and at the recruitment stage. The best leaders don't just look for skills when recruiting they also look for people who have the willingness to learn and accumulate knowledge. What we refer to as teachability. To be successful don't recruit people based on what they have done, you recruit people based on what they will do and their ability to learn, adapt and evolve and this is a key indicator of how good they will be in the future. While every leader needs to be prepared to be a teacher, every employee needs to be prepared to be a student which is why recruiting the right people is so important.

Set the right goals for team and individual

The next stage is to set goals for both the team and individuals. For the team the goal needs to be greater than any one individual can achieve so that success can only be achieved by the team working together. For individuals the goal for them needs to be aspirational enough for people to reach for but not too far ahead of them so that they don't have the belief to try. Research has shown that the ideal goal to establish the highest level of motivation is 4-8% beyond the individuals current level of ability. The two goals then have to be aligned so that by achieving the individual goal directly contributes to the team goal so people can see how they contribute to the team and how their performance impacts on their colleagues.

One of the most crucial aspects of coaching is also one of the most overlooked ones and that is the ability to be establish the reality of just how far away the individual is from achieving their goals. With my experience of coaching people from different countries and industries, the biggest obstacle that people face is that they often underestimate just how difficult their goal is and when they find out its too late and they end up quitting. The people who succeed with their goals have a clear understanding of what success looks like and know where they are currently and how to get from current reality to future success. The clarity that the coach needs to assist individuals comes from robust metrics, and they have the facts and figures to demonstrate how success can be reached.

The most successful coaches share the same ability to unlock the potential of their team. Everyone has their own unique styles of working and communicating and when people encounter someone else who has a style that's different from their own they can often get frustrated with that person, and fail to recognise his or her unique strengths. We have all heard stories of someone failing in one role but when they move to a new team with a new boss they are then successful. The top coaches know how to understand and deal with people's different working and communication styles and as a result they are able to get results that other coaches can't.

Confucius once wrote "Tell people and they may forget.. Show them - they may remember... But involve them and they will understand" even though this quote is over 2,000 years old it is still relevant today. If you want your team to be better then you have to involve them in the problems and solutions that the team faces. This doesn't take away from the leaders authority as the leader still has to be responsible for the final decision but people desire to have control over their work life and future. So the more you can involve them in any issue that directly impacts them and more importantly the solution, not only will you get more motivated staff but you will also find that their input will result in better decisions.

Not only do leaders need to bring coaching skills into their toolbox but they also need to bring coaching into the workplace so that everyone can benefit. People may be influenced by their leader but they are also strongly influenced by their colleagues. In fact the relationship between colleagues is so strong that some behaviours can be adopted by others even if they are not in line with what is required by the leader. This is why it's vital for success that everyone within a team has the ability to fully understand each other's working and communication styles and just fully appreciate just how much influence they have on each other. Once this occurs then the team can start teaching and supporting each other as well as holding each other accountable for their actions and this is when a group of individuals turn into a team.

If you want to know more join me on Twitter for a tweetchat this Monday 8th August 7PM ET. Just look for the #LeadWithGiants hashtag

Mark Wager is a Leadership Coach who specialises in developing leaders across the Asia-Pacific region. An author with nearly thirty years international experience of leading teams Mark designs and facilitates leadership development workshops as well as providing individual coaching.

Mark can be contacted via the enquiry form below