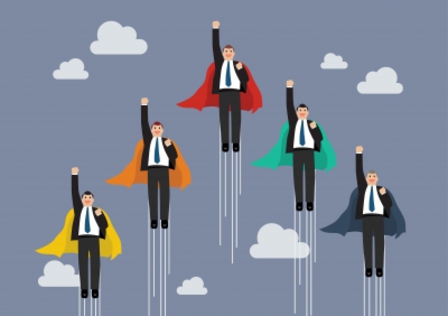 Why Do Some Leaders Cling Onto Power

I recently wrote an article on the dark side of leadership. In the article I explored how the power that comes with leadership can be so tempting that leaders hold on to power when the true purpose of leadership is to share power. I used the example of Lucius Quinctius Cincinnatus who took charge in order to save Rome and once it was saved he handed the power back and returned to his normal life. He didn't do this once he did this twice.

After the article was published I was contacted by a student in Fiji who asked me if I could enlighten them on reasons and experiences on why some leaders cling grimly to power when their glory days are behind them. I thought I would share the answer in my opinion with everyone and hence this article.

The reason why leaders cling onto power is both psychological and biological. Let me explain the psychological reason first. Each and every human behaviour has a level of self esteem and a series of self images. Self esteem is how a person values themselves and their importance in the world. If you see a person who is confident and has a positive attitude then they are likely to have a high level of self esteem. If a person lacks confidence, then this indicates signs of low self esteem. While people have one self esteem they have many different self images. A self image is how a person sees themselves in a particular situation. For example, you may have a self image of yourself as a parent, a different self image of you as a rugby player, and another self image of you as an employee. In every walk of life you have a self image of how you are in different scenarios. The most beneficial of self images impact our self esteem and they become linked so we are drawn more towards the self image that provides us with a highest perception of our value to the world.

When a person has a self image that is valued above their own level of self esteem, they are drawn to that self image. In fact they become addicted and that's where the biological aspect comes into it. When we achieve any goal that we didn't expect to achieve, this releases a chemical called Dopamine. That's why when you reach a goal you get that positive feeling of "yes, we did it." That feeling is Dopamine being released in your brain. This chemical is part of the human survival system, it encourages us to progress and reach for higher goals. When you achieve a goal once, the next time you achieve the same goal, the high you feel is lower, because you have reached it once already it appears more attainable so the release of dopamine is lower. This is why we set goals that increase in difficulty because that is the only way Dopamine is released and Dopamine is addictive. The main reason why cocaine is such an addictive drug is because it triggers the release of extraordinary high levels of dopamine in the brain.

We have a level of self esteem and a series of self images and the self image that values us most highly is the one that we are drawn to and chemicals are realised in our brain to increase our connection to this particular self esteem. That's all fine but the problem arises when the most important self image is in threat of being taken away. If a person has a level of self esteem that is equal or greater than their self image then there is less of a reliance on that self image so the transition is smooth. In Cincinnatus situation his self image as ruler wasn't that much greater than his self esteem so when he gave power away he still had that sense of self worth and value so he happily went back to his life as a farmer. When Caesar found himself in the same situation the self image of being a dictator was so much greater than his self esteem that giving up that role would cut off the chemical release of dopamine, he literally became addicted to power and so never gave that power up. If that addiction is taken away then it can be difficult for people to deal with. This is common with sportspeople who have to retire. On the pitch they have a high sense of value, a hero in a lot of people's eyes and when that is taken away they become just a normal person and if their self esteem is less than their self image of a sportsperson which is when dopamine is released, it's like an addict who has been cut off from their drug. Some very self destructive behaviour can occur. In the NFL in the United States 80% of athletes go broke within 3 years of retirement. In the UK 60% of professional footballers go bankrupt after retirement. Bearing this in mind if a leader has the same imbalance between their self esteem and their self image as a leader then it's no wonder they cling onto power, and in some cases they go to extreme measures to keep this power even to the detriment to their followers.

This is why it is vital for leaders to receive quality training and coaching not just while they are in positions of power but even when they first start thinking of taking that leadership journey. We need leaders but we need leaders who realise that the true purpose of power is to be shared and not kept. We want to be led by leaders like Cincinnatus and not Caesar but that will only happen if we develop our future leaders correctly.

About the author:
Mark Wager is a Leadership Coach who specialises in designing and facilitating leadership development programmes for companies who seek that competitive edge. Mark also has limited availability for people who seek individual coaching. For more details contact Mark via the enquiry form below.