3 Steps To Turn A Losing Team Into A Winning Team

Three Steps To Turn a Losing Team Into a Winning Team

There are many challenges that leaders face but one of the most difficult is when the team has a losing culture. The team has lost the will to win, lacking self belief and is producing one poor performance after another. The situation may seem hopeless but is not. This is the type of environment that quality leaders thrive in and as a Leadership Coach I've helped many leaders and teams to do just that. In this article I'm going to explore the proven principles of how a leader can turn a losing team into a winning one.

Step one: Establish your influence as a leader

People are influenced by people who they believe have the answers to solve their problems. People very rarely challenge their doctor or lawyer when they provide advice because they are placed in a role of an expert and people follow expertise. In order to turn a team around don't expect the team to follow you just because of your position you have to prove your expertise. Have a plan on how the team is going to be turned around and demonstrate how you are going to add value to this plan. Having expertise doesn't necessarily mean you immediately have all the answers. Having expertise means knowing what questions to ask in order to discover the answers.

The second form of leadership influence is character. People are influenced by people who have values that they personally admire. E,g if a team member values honesty and trust they will naturally follow a leader who embodies those qualities. As a leader make it clear what your philosophy is, what the team can expect from you and what you expect from them in return. This will provide the certainly that people crave.

If you analyse any team or person that has achieved great success you will see a consistent pattern. They will all tell you that their success can be attributed to a series of small daily habits. Its this dedication to the small steps that makes a long journey possible. These desirable daily habits can be difficult to identify at first because people don't always see how the daily habits are connected to the long term success so as a leader you need to work alongside the team in order to create the strategy and tactics and then the habits will create themselves.

People often misunderstand the difference between strategy and tactics. A strategy is a larger overall plan which is comprised of a series of tactics. The strategy for success needs to be a one-line explanation of how success can be achieved. It needs to be clear, easily understood and easily remembered. In simple terms if we do this then we will achieve. The tactics are more medium term plans which when implemented will make the strategy real. The best way to think about it is as though you are building a house the wrong way around. You first build the roof which compares to the strategy. Then under the roof goes the rooms (the tactics) and finally the foundation which holds everything together and in your world will be the daily habits which emerge from the tactics.

Once everyone knows what needs to be done every single day in order to establish a winning culture, the prominent question about success will not be a matter of if but only a matter of when.

Step three: Rebuild the team around people with a "growth" mentality

For a new culture to be adopted by a team you don't need to convince everyone, in fact you need to only convince around 20% of the team to become passionate advocates of the new culture. The theory of diffusion of innovation has shown that between 16-20% is the tipping point when people will adopt change in order to feel that they are still part of the group. In order to expedite this process you need to highlight the team members who have the right mindset and build the team around them. People tend to have either a growth mindset or a fixed mindset. A growth mindset allows people to be more susceptible to the idea of improvement and change.

I take no credit for this insight on mindset, it's from Carol Dweck, a Professor of Psychology at Stanford University who articulated the difference in mindsets in her book "Mindset: The New psychology of success." Carol has been quoted as explaining the difference in this way:

"In a fixed mindset students believe their basic abilities, their intelligence, their talents, are just fixed traits. They have a certain amount and that's that, and then their goal becomes to look smart all the time and never look dumb. In a growth mindset students understand that their talents and abilities can be developed through effort, good teaching and persistence. They don't necessarily think everyone's the same or anyone can be Einstein, but they believe everyone can get smarter if they work at it." - Carol Dweck

Rebuild the team around people with a growth mindset and the overall culture of the team will change. Don't exclude the other team members but by focussing initially more on those with a successful mindset you can make them a vital part of your plan and will reap the rewards.

The journey to turn a losing culture into a wining one is a long and difficult process which is why people like me get called on in order to spend days and weeks with teams and leaders showing them how to navigate this process. This article is just an overview of the core leadership principles but if you want to know more about creating a winning culture for your team, feel free to contact me via the enquiry form below. 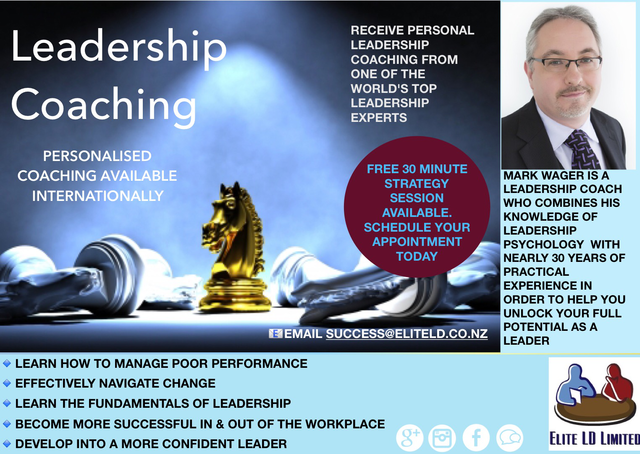