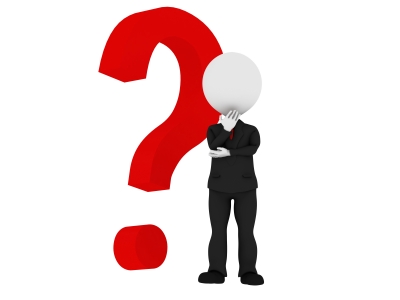 An unfortunate fact about a lot of people’s working life is that they have a bad boss. The kind of boss that demoralises instead of inspires. You dread to try anything in case you make a mistake because you know how your boss will react, but was this bad boss always like this and was he or she even aware that they are being perceived as a bad boss?

I have never met anyone who set out to be a bad boss.  People start their managerial careers with the mindset of being a good boss but along the way things go bad. There are many reasons for this many of which are actually in place before the boss has even started their first day of work, reasons include

“By working faithfully eight hours a day, you may eventually get to be a boss and work twelve hours a day” – Robert Frost

The cost of recruiting the wrong person for the role is huge yet companies still overlook the importance of spending time on recruitment.  Too often I see people automatically recruit from within when there are better alternatives in the marketplace or just settling for someone who they think will be “ok”. If you recruit then look for great because in the end you will find that ok is not good enough.

“The higher a monkey climbs, the more you see of his behind” – Gen. Joe Stillwell

The majority of my clients that I offer leadership mentoring services for are people who were promoted into managerial roles solely because of their technical expertise and now find themselves in a position that requires a significant amount of people skills, something that they haven’t had experience with and received no training for. Leadership can be learnt but it takes time and commitment

Despite these common mistakes the main reason why bosses get unpopular is nothing to do with recruitment; it’s actually to do with their personality and the nature of their leadership capability.

The dark side of leadership

Leadership is about influencing people in order to achieve a common objective.  Leaders influence via their skills and behaviours. How they react to every situation and how they communicate regardless of whether the actions are intentional or not still create influence. The key to leadership is self-awareness, knowing how you react to situations and how your actions are being interpreted by those around you. While self-awareness is the key to leadership the key to self-awareness is the management of the ego and it is  in this management that you find the core reason why good leaders turn bad.

Your ego is your conscious mind, the part of your mind that you consider to be your “self.” It's your own perception of your “self” and can be influenced by how people interact with you and if you are in a leadership role, particularly if that role has a lot of autonomy you have to be careful how your role and people influence your ego.

Leaders can often fall into some common pitfalls many of which can turn a good leader into a bad leader.

Reason four: Thinking they are more important than they actually are

“He had delusions of adequacy” – Walter Kerr

Leaders can often mistake the responsibility that comes with their position title with the influence that comes from their role as a leader. A leader isn’t always the most important member of the team, they don’t always have to lead from the front and they are not always right. Good leaders become bad leaders when they start thinking they are more important than everyone else in the team

Reason five: Thinking they are more intelligent than they actually are

A leader doesn’t have to be a subject matter expert on everything, a quality leader utilises the experience and knowledge of the team in order to reach the correct decisions. There will be some times that a leader will have to make a decision that everyone else disagrees with but this should be a rare occasion. The chances that a leader knows the answer to everything is astronomical. If they did then they would be too smart to be working for someone else. Good leaders become bad leaders when they believe they are more intelligent than anyone else. They are not. They just have a different skill set that’s all.

It’s common to see people with good intentions become bad bosses.This  scenario can be easily avoided with some simple development. You may ask yourself why does this happen why don’t new boss get the leadership training that they need. You think logically why don't the boss's boss invest time and money to provide the skills and support that the boss desperately requires since it's cheaper and easier to invest in people rather than incur the cost of replacing people. Sadly the answer is the final reason why good people become bad bosses

Reason six: They themselves report to a bad boss.

"People ask the difference between a leader and a boss. The leader leads, and the boss drives." - Theodore Roosevelt

So if you have a bad boss then console yourself with the thought that despite how frustrated you are with them as a boss, the chances are they are themselves reporting to a boss that’s just as bad or perhaps worse.

All of us at some time experienced life with a bad boss and there's going to be some of you reading this knowing that the next time you walk into your place of work you know that your enjoyment level will be dictated by the mood of your boss but it doesn't have to be that way. Your boss may dictate how you work but they can't dictate how you feel. You and only you have control over how you feel, take control over this emotion and you will take away the control that your bad boss has over you.

"No one is in control of your happiness but you; therefore, you have the power to change anything about yourself or your life that you want to change" - Earl Wilson

My name is Mark Wager and I specialse in developing leaders and creating elite team environments. If you would like assistance in getting to the next level then contact me through the enquiry form below or on Twitter