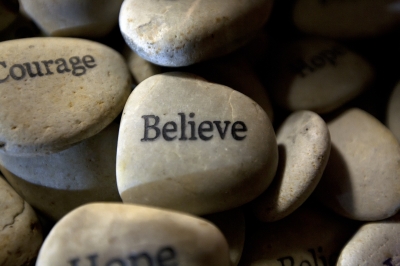 Image courtesy of BJWOK at FreeDigitalPhotos.net

"There is no revenge so complete as forgiveness" - Josh Billings

"With self-discipline most anything is possible" - Theodore Roosevelt

"Intelligence without ambition is a bird without wings" - Salvador Dali

"It is not length of life, but depth of life" - Ralph Waldo Emerson

"Always forgive your enemies - nothing annoys them so much" - Oscar Wilde

"Business is a combination of war and sport" - Andre Maurois

"A wise man learns by the mistakes of others,'a fool by his own"'- Latin Proverb

"Does wisdom perhaps appear on the earth as a raven which is inspired by the smell of carrion?" - Friedrich Nietzsche

"Be not afraid of flying.  Angels live in the clouds and the devil on the earth" -Greg Evans

"Self-confidence is the first requisite to great undertakings" -Samuel Johnson

"Nothing is so easy as to deceive oneself; for what we wish, we readily believe" -Demosthenes

Winners take chances. Like everyone else, they fear failing, but they refuse to let fear control them. -Nancy Simms

"Discipline is the refining fire by which talent becomes ability."- Roy L. Smith

"Every human mind is a great slumbering power until awakened by a keen desire and by definite resolution to do" -Edgar F. Roberts

"Courage is not the absence of fear, but rather the judgment that something else is more important than fear" -Ambrose Redmoon

"Cowards die a thousand deaths. The valiant taste of death but once" -William Shakespeare

"I was taught that everything is attainable if you are prepared to give up, to sacrifice, to get it"-Stirling Moss

"Self-respect is the root of discipline; the sense of dignity grows with the ability to say no to oneself" -Abraham J. Heschel

"None, but people of strong passion are capable of rising to greatness." -Gabriel Riqueti Mirabeau

"Build a dream and the dream will build you" -Robert H. Schuller

"If you don't know where you are going, every road will get you nowhere" -Henry Kissinger

"If you'll not settle for anything less than your best, you will be amazed at what you can accomplish in your lives" -Vince Lombardi

"The majority of people walk in darkness, some aim for the stars yet a few of us were put on this planet to punch holes in the sky" - Mark Wager

"Inside yourself or outside, you never have to change what you see, only the way you see it" -Thaddeus Golas

"True wisdom lies in gathering the precious things out of each day as it goes by" -E. S. Bouton

"The progress of the world is the history of men who would not permit defeat to speak the final word" -Joseph R. Sizoo

"I run on the road, long before I dance under the lights" -Muhammad Ali

"When every physical and mental resources is focused, one's power to solve a problem multiplies tremendously" - Norman Vincent Peale

"Persistence is the twin sister of excellence. One is a matter of quality; the other, a matter of time" -Marabel Morgan

"Champions aren't made in the gyms. Champions are made from something they have deep inside them, a desire, a dream, a vision" -Muhammad Ali

"When you fear a foe, fear crushes your strength; and this weakness gives strength to your opponents"-William Shakespeare

"Being on the tightrope is living; everything else is waiting" - Karl Wallenda

"One's greatest challenge is to control oneself" -Kazi Shams

"Happy are those who dream dreams and are ready to pay the price to make them come true" - Leon J. Suenes

"You are never too old to set another goal or to dream a new dream." C. S. Lewis

"It's not what happens to you, but how you react to it that matters" - Epictetus

"It takes more than just a good looking body. You've got to have the heart and soul to go with it" - Epictetus

“Live everyday as if it were your last because someday you're going to be right.”

"As a rule, adversity reveals genius and prosperity hides it" -Horace

"Change your thoughts and you change your world" - Norman Vincent Peale

"Criticism rarely comes from a place of kindness, it usually comes from fear, envy or ignorance" - Mark Wager

"Be regular and orderly in your life, so that you may be violent and original in your work" - Gustave Flaubert

"The only way of finding the limits of the possible is by going beyond them into the impossible" - Arthur C. Clarke

"We are what we repeatedly do. Excellence, therefore, is not an act but a habit" - Aristotle

"Dignity does not consist in possessing honors, but in deserving them" - Aristotle

"The roads we take are more important than the goals we announce. Decisions determine destiny" - Frederick Speakman

"Do the thing we fear, and the death of fear is certain" -Ralph Waldo Emerson

"A man without decision can never be said to belong to himself" -John W. Foster

"No one that encounters prosperity does not also encounter danger" - Heraclitus

"We have all eternity to celebrate our victories, but only one short hour before sunset in which to win them" -Robert Moffat

"What we achieve inwardly will change outer reality" - Plutarch

"To find fault is easy; to do better may be difficult" - Plutarch

"The greatest danger for most of us is not that our aim is too high and we miss it, but that it is too low and we reach it" - Michelangelo

"You don't wait for destiny to come to you, you have to hunt destiny down so you get what you want & not just what destiny wants to give you" - Mark Wager

"It is no use saying, 'We are doing our best.' You have got to succeed in doing what is necessary" Winston Churchill

"Success is a science; if you have the conditions, you get the result" - Oscar Wilde

"Success is how high you bounce when you hit bottom" - George S. Patton

"Be faithful to that which exists within yourself" - Andre Gide

"Find a place inside where there's joy, and the joy will burn out the pain" - Joseph Campbell