Are you judging people fairly? The Halo effect 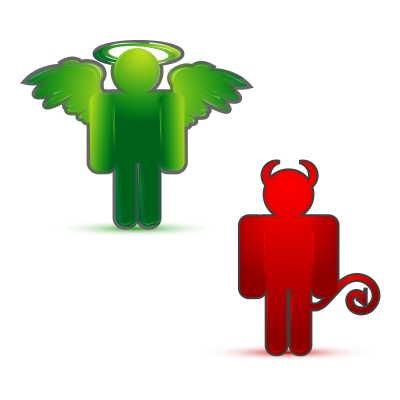 Image courtesy of digitalart at FreeDigitalphotos.net

Are you judging people fairly? The Halo Effect

Every day leaders form an opinion of the character of the members of their team. If a leader is asked about a team member they will confidently  comment on personal qualities such as dependability, loyalty, responsibility, sense of honour and just how nice the member is. Even if they don’t know them very well the majority of leaders will tell you that they instinctively know. They may have never spent any time with that person outside of a workplace setting but ask them and they say “I just know” normally followed by “I’m a good judge of character.” Very rarely do these judgements come with any supporting evidence. It is normally just a gut feeling. Is it a gut feeling or are we being influenced by something we are unaware of and therefore making wrong judgements on people without us realising it?

In 1920 psychologist Edward Thorndike first coined the phrase “halo effect." This  suggests that a person’s judgement on another person’s character is influenced by their overall first impression of that person. While not limited to first impressions, judgement is usually associated with a person’s view of how attractive one is. This  influences our opinions on their personal characteristics e.g. you think someone is a nice person just because they are attractive. It’s prudent to mention at this time that the “halo effect” refers to the “bias” being subconsciously applied so people are not deliberately making a judgement based on looks.

There have been many studies on the “halo effect” but the one that I found most interesting was a study by the University of Minnesota (Dion and Berscheid) on scoring academic papers. A group of sixty male students had to mark some written essays. A third of them had papers that had photos of an attractive woman as the author attached. Another third had photos of an unattractive woman  as the author and the last third had no photo. The essays, unknown to the students, had been prejudged for quality and was evenly split between the students. The results were surprising. The well written essays written by attractive people received an average score of 6.7 while essays of similar quality associated with unattractive people scored a much lower mark of 5.2.  The essays without pictures scored 6.6. When they looked at the poorly written essays the differences were greater. The attractive authors received a score of 5.2 yet the unattractive authors scored a low 2.7 while  the essays without photos scored 4.7. The students consistently gave higher marks to people who they considered more attractive.

Now before you think that this is just about crazy male students this type of “halo effect” is prevalent in both genders. The key difference seems to be that males are favourably influenced by the attractiveness of both genders while females seem to be only influenced by the attractiveness of the opposite sex. When judging other attractive females they tended to actually mark them lower than higher.

The “halo effect” can be seen in all walks of society. In schools, with jurors in trials and commonly in the workplace and if you still doubt me then ask yourself when was the last time you saw an attractive homeless person? This “halo effect” is not surprising when you see how obsessed society is with beauty. Turn on the TV, go to the movies, we are bombarded with images of how society wants us to view the world and without us knowing it we are influenced in ways that we are completely unaware of.

As leaders we need to be aware of how the “halo effect” influences our decisions because ultimately our decisions influence the future of our business so when we are talking about the personal qualities of a person whether it’s their dependability, their loyalty, responsibility, their sense of humour or even how nice they are ask yourself this question. “Why?” Why have you reached that conclusion. What is the evidence to support that judgement.

Whenever we have a “gut” feeling or just a “hunch” it is us trying to understand a decision that has been made by what we call “pre-cognitive thought." It is a decision made without us consciously considering it. When this occurs it’s not always the correct decision. Think about times that you have reacted to situations only to later on regret your actions. This is the same place that your gut feelings and hunches come from. Sometimes they are right but more often than not they are wrong. Never forget that we should always make judgements on people’s personal characteristics based on what they are or do and not on what they look like. We will always be drawn to people that we find attractive. It is in our nature but just be aware of what we see as beauty may not be in fact beauty.

‘Beauty is not in the face; beauty is a light in the heart” – Kahlil Gibran

This article is taken from the book "Elite Leadership" by Mark Wager. To purchase clink on the picture below