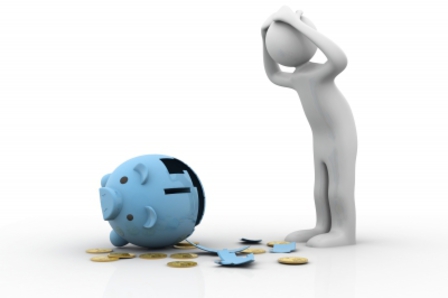 A recent survey shows that poor leadership in the workplace is costing the New Zealand economy approximately $5 billion dollars a year.

In New Zealand there is a big disconnect between what we know leadership can be and the leadership employees experience in the workplace everyday. It's this disconnect that is costing companies money everyday and costing New Zealand as a country $5 billion dollars a year in lost productivity.

I've just completed a survey of employees in New Zealand and it showed that just over one in four employees (26%) rate their immediate manager or supervisor as a poor leader. They feel unmotivated, uninspired and not valued. In larger companies the situation is worse, within companies that have over 100 employees the number goes up to a third. The challenge that New Zealand companies face is that poor leadership impacts the productivity of their employees.

The National Bureau of Economic Research in the United States released a study entitled "The Value of Bosses" by Edward Lazear, Kathryn Shaw and Christopher Stanton. In a study of 23,878 employees and 1,940 Managers, it was found that there was a direct link between a manager's leadership skills and productivity. The top quality performing individuals were led by managers who had strong leadership skills. These individuals were 10% more productive than those whose managers were ranked as having poor leadership skills. The difference was just over 10% in productivity. The better quality managers also had higher retention rates of employees which in turn reduced the cost of replacing employees. When you take into account recruitment costs, time for recruitment and lost productivity during training, the cost of replacing an employee is estimated to be around 1.5 times the departing employee's salary depending on their role within the company.

If you look at an economy that is losing a minimum of 10% productivity of 26-33% of the workforce then for a country the size of New Zealand poor leadership can be quantified as a $5 billion dollar problem, but why does this problem even exist?

The reason why so many poor leaders exist is not due to a lack of effort. In fact in the same survey employees generally rated their immediate manager or supervisor as hard working with 58% of respondents rating their boss as extremely hardworking and only 2% as lazy. Managers in New Zealand work hard but fail to have the skills that motivate people. The issue is that people know about leadership but don't actually understand it and people can never become something that they don't understand.

We all recognise leadership when we see it. Whether it's a civil rights campaigner that stands up for what they believe in, a teacher that ignites a passion for learning in their students or when we watch our All Blacks win the World Cup against sides with much larger populations and resources than we have. We all know what leadership is but the majority of people don't understand it. There has been and currently is a lack of quality leadership training which not only has failed to develop quality leaders but also has masked the extent of the problem. Several managers in New Zealand don't believe that they are not leading their teams effectively, they are at a stage of competency called unconscious incompetence and they are unaware of what they don't know. They work hard and don't fully comprehend how much better they can be. In my experience of delivering leadership workshops around 9% of Managers rate themselves are being a poor leader, this 9% is at the second stage of competency which is conscious incompetence where they are aware of their weaknesses and once they are aware they can do something about it. This is the stage we need to get Managers in New Zealand up to and in order to do that we need to change how we develop our leaders.

How we train leaders is wrong. Traditionally leadership training was delivered like other training by identifying the behaviours that will produce the results you want and teaching leaders those behaviours but these are based on old outdated leadership theories because in practice many find it hard to implement new behaviours or habits because of unconscious fixed beliefs, fears or ingrained habits so what happens is that when managers get back into the workplace they want to implement new behaviours but this change generally lasts just a few days. Ask anyone who has ever tried to lose weight just how difficult it is to implement a set of new habits. Research has shown that if you don't implement your learning on a regular basis then there's a 90% chance that you will forget that learning after a month.

Learning leadership is not like learning anything else. Our behaviours and habits are so engrained in our psyche that in order to change you have to work on what drives those behaviours. For individuals you need to understand and work with their underlying psychology and with companies the culture in which they way their leaders to work within. If you can create the right culture then the behaviours will drive themselves. When this happens remarkable results occur and there is a great example within New Zealand. The All Blacks have created a culture that encourages leadership at all levels and as a result have achieved prolonged success. Legends have come and legends have gone but the All Blacks remain the leading rugby team in the world.

New Zealand is a beautiful country that regularly punches above its weight but we need to be aware that we can still achieve more. Effective leadership is the key to unlock this untapped potential. How we develop leaders within in the workplace is not just a question, it is in fact the $5 billion dollar question. 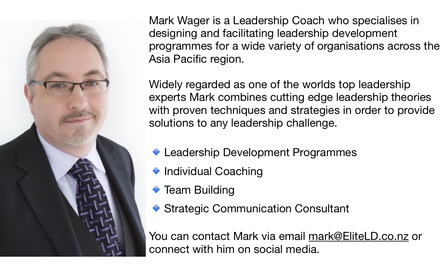