The One Lesson I Can't Teach You 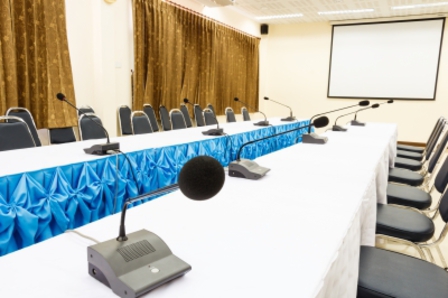 The One Lesson I Can't Teach You

My roles a leadership coach is often misunderstood. Most people think that a Leadership Coach is someone who creates leaders when in fact the best Leadership Coaches don't create leaders instead they turn average leaders into good leaders and good leaders into great ones. Leadership is not a position that is gifted to you by an organisation and it's not a birthright. These scenarios may present an opportunity to lead but they by themselves do not create leaders. Leaders emerge one way and one way only and that is when people make a decision to follow someone. It's the faith and trust that these people are willing to invest that creates a leader.

I've coached leaders at all levels, from young aspiring leaders to experienced CEOs and I've helped leaders oversee organisational change. I've guided them through dealing with sensitive poor performance issues but there are a few things that I make clear I can't help with. Certain aspects of leadership which are fundamental to becoming effective but are so personal that it's only the leader that can work on them. Without these qualities not only can't I help them but they will never become a great leader.

I can't make you a good person

No matter how many leadership techniques I teach they are all irrelevant unless you are genuinely dedicated to becoming a good person. People are influenced by leaders but they are inspired to action by authentic leaders, leaders who not only say the right things but more importantly do the right things even if it means putting the needs of others ahead of their own. I can teach people everything they ever wanted to know about leadership psychology and how to influence people and it will work to a certain degree but there's only so long that words inspire people. Sooner or later people need to see the actions that reflect those words because otherwise the followers start to lose faith and once that faith is lost its almost impossible to win back.

People follow authentic leaders because they have faith and trust in the leader's ability to put the needs of the many ahead of their own individual needs. Being the leader who has been given this faith and trust from their followers is an honour and is not one to be taken lightly. The best leaders possess their own personal set of values that determines whether an action is right or wrong. While some are basic human values that the majority of us share such as is it wrong to hurt someone or to steal? While others such as lying become much more ambiguous. It’s in these areas of honesty and integrity that many people tend to justify the times that they blur the lines between right and wrong. You hear comments like "I only lied because...." "my actions were justified because...." we all like to believe we are good people and we will even justify bad behaviour in order to maintain that belief. Yet the best leaders I have ever met are truly good people, they have much more clarity which enables them to react in the right way in difficult circumstances.

Leaders are tested when people need them most

Leaders are truly tested in dark moments, whether it's reacting to a crisis, working through an organisational restructure or being in a position that people have to be made redundant. It's in these times that people look towards their leader as a guide and it's in these moments that the leader introspects and finds out if they really are a leader. True leaders have the courage and humility to put the needs of others ahead of their own. They have the honesty and integrity to do the right thing regardless of cost.

I can tell leaders the importance of being a good person and I can quote numerous studies that show how leaders with these strong personal qualities are much more effective in motivating and inspiring staff but what I can't do is train someone to be a better person. I can teach every single skill that a world class leader needs to succeed with the exception of this quality. This part of the leadership journey is one you have to take yourself. It's a journey that requires a lot of honest reflection on whether you are truly a good person or you are just trying to convince yourself that you are. It's a difficult journey but one which will be worthwhile because when the journey is done you will be a leader, regardless of what position or title your company has given you and you will be the type of person that others will chose to follow.

"A true leader has the confidence to stand alone, the courage to make tough decisions, and the compassion to listen to the needs of others. He does not set out to be a leader, but becomes one by the equality of his actions and the integrity of his intent." --Douglas MacArthur

Image courtesy of stockdevil at FreeDigitalPhotos.net